I wasn’t going to do an Oscar fashion wrap, dear readers. I just wasn’t. I mean, everybody else has already done it and probably you’re tired of it by now. But I was going back over the pictures…and I just can’t bite my tongue. There’s an alarming trend afoot on the red carpet right now and I’d be remiss if I didn’t throw in my two cents worth. I’m talking about mermaid dresses. They must be stopped. Why so fervent in your belief, DCGF? Oh, let us count the ways, shall we? First off, the mermaid dress highlights a part of the body – namely, the hips – with the tightest fitting fabric possible, offering no relief to women who would otherwise look smashing in their dresses. 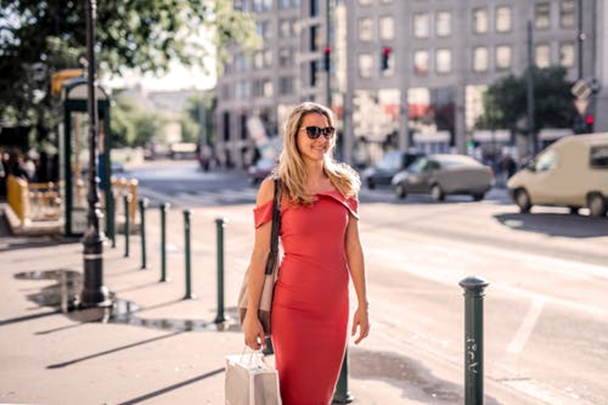 Exhibit A: Leona Lewis at the Grammy’s and Beyonce Knowles at the Oscars. Two gorgeous women with two killer bodies. Or at least I’m pretty sure that’s their bodies hiding underneath these monstrously ill-fitting gowns. Beyonce, as usual, can barely move (did she walk to this position on the red carpet, or did somebody just sit her down?) and Lewis looks so incredibly uncomfortable, I want to reach through my screen and give her a hug: “It’ll be alright, Leona. You’ll look really good on your next album cover and all will be forgiven.” Beyonce is not a chintzy throw pillow and Lewis is more than an accumulation of sparkly lumps and Bottega Veneta sunglasses. I rest my case on this first point.

Second, the mermaid dress forces a woman to stand in an incredibly awkward way, to accommodate for the fact that she’s dragging around a massive accumulation of fabric at her feet.

Exhibit B: Kate Beckinsale’s gamely keeping it together at the Grammy Awards, although her rightward lean is verging on shoulda-had-a-V8 territory. Her “We are not amused” expression is – I believe – a direct result of having no clue as to what footwear she has on, or even if her feet are still attached. Tragic. Marisa Tomei fared much worse at the Oscars. At first I thought this was one of those “artsy” pictures taken at some crazy angle, but then I noticed the woman behind Tomei, standing perfectly upright in her crazy/boring non-mermaid dress and realized that Tomei must have a team of leprechauns under the dress helping to keep her upright. How else to explain her gravity defying feat of fashion?!

Finally, the mermaid dress really ages otherwise fresh, young Hollywood starlets. It’s just too much dress for anybody under 30, in this fashionista’s estimation.

Exhibit C: Vanessa Hudgens and Anne Hathaway, both at the Oscars. Hudgens apparently asked to have fabric added to this otherwise reasonable black dress. Who let that go down? She’s barely old enough to drink, but it looks like Miss Havisham’s wardrobe is slowly inching its way up her legs. Scary. And Hathaway – will perfectly lovely from the waist up (even if the bustline needed to be pulled in an inch or two more) was constantly fussing with the swarm of fabric trailing her around like so many shiny puppies on the red carpet. Not necessary! Had it been a simple column dress, I would have loved it much more and it would have been so much more age appropriate.

There you have it, my red-carpet rant against this abominable trend that simply must be stopped. I really don’t want to see any more mermaid gowns for a long, long time. Remember how hard Ariel tried to get her legs so that she could ditch that whole mermaid look? Let her story serve as a lesson, ladies. Say bye to all that fabric…